Nick Lowe has never been afraid to turn to the odd cover on his otherwise self-composed albums, and they are often small surprises and gems. On 1998's Dig My Mood, he opted for two covers among the 12 album tracks, an Ivory Joe Hunter song and the rather more obscure "Failed Christian" by Northern Irish singer/songwriter Henry McCulloch. It's a sinister song, both in spirit and sound, about the hypocrisies of organized religion. Towards the end it gets really eerie-sounding, when Lowe almost whispers the lyrics in a doomsday voice: "I'm a failed Christian, and if I'm going under, then you're coming with me, that much I can tell". Brilliant! 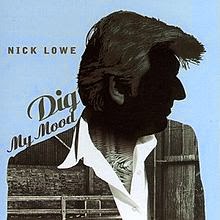