When singer Peter Gabriel surprisingly left Genesis after 1974's ambitious double album The Lamb Lies Down On Broadway, the band's fate seemed uncertain to many, and keyboardist Tony Banks apparently considered going on as an instrumental act. As we all know that didn't happen, and after a round of serious auditions failed to turn up a replacement for Gabriel, Phil Collins reluctantly tried singing and as it turned out it was a move that played a huge part in turning the band into superstars a decade later. "Ripples" however didn't really hint at superstardom but could rather be regarded as a continuation of the band's ambitious songwriting, eight minutes long and unconventional as it was. It's one of the most memorable tracks on 1976's A Trick Of The Tail, the first Genesis album without Gabriel and with Collins doing vocal duties, simply a stunningly beautiful and quite adventerous song. 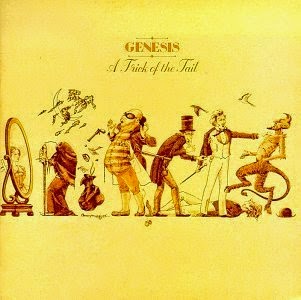