Like I'm A Warrior is the title of Norwegian singer/songwriter Emilie Nicolas's debut album that is released on Monday, September 29. Luckily we can listen to the entire thing already on Spotify, and what a thrill this album is! The 26 year old electronica artist first gained attention with a fine English language cover of the Dumdum Boys song "Pstereo", but her register is a lot bigger than that. On her debut are an additional nine songs that are all quite impressive. So is this 2014's most exciting debut album? It very well could be. 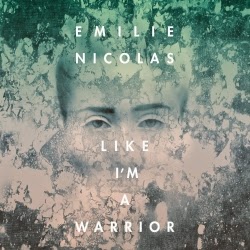