When Stan Ridgway left his job as singer for Wall Of Voodoo he had grand plans, at least if his first solo album, 1986's The Big Heat, is to be taken at face value. It's a kind of song cycle, depicting all sorts of strange persons in noirish settings, as suggested by the title that was lifted from director Fritz Lang's 1953 noir film. "Camouflage," about the ghost of a Marine during a battle in the Vietnam War, was of course the big hit single from the album, but the title track is just as good. It's a grim and sinister tale of a man on the run, who just might be from the future to add to the eerie lyrics, a haunted slice of L.A. Noir, with a video shot (mostly) in black and white, inspired by sundry classic noir films but also quite possibly by Francis Ford Coppola's 1983 film Rumble Fish where Ridgway was enlisted by the soundtrack composer Stewart Copeland of The Police to sing the song "Don't Box Me In". The entire album is of course a classic. 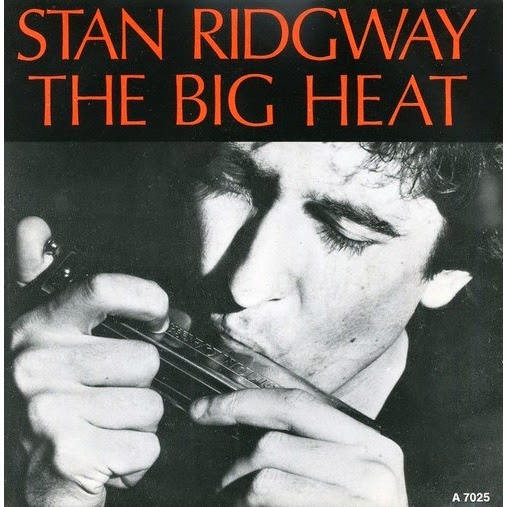