Incredible but true: Until three days ago I had never heard the music of legendary British shoegazing band Slowdive, at least not that I knew of. The reunited group played an astonishingly beautiful set at Oslo's Øyafestivalen, and standing in the very front, I had a musical revelation much thanks to a friend of mine who's a huge fan. I can understand why. Slowdive's hypnotic music is just the thing for me, with an ethereal, big sound, filled with beautiful song structures, soothing voices from singer/guitarists Neil Halstead and Rachel Goswell, layers of guitars and basically tons of atmosphere. Here's a recent clip from a festival in the Netherlands of the band performing their version of Syd Barrett's "Golden Hair" as the last song of the set, just like they did in Oslo. It's doubled in length from the original that appeared on the 1991 EP Holding Our Breath, and every second adds to its beauty. In short, I have fallen completely in love with Slowdive! 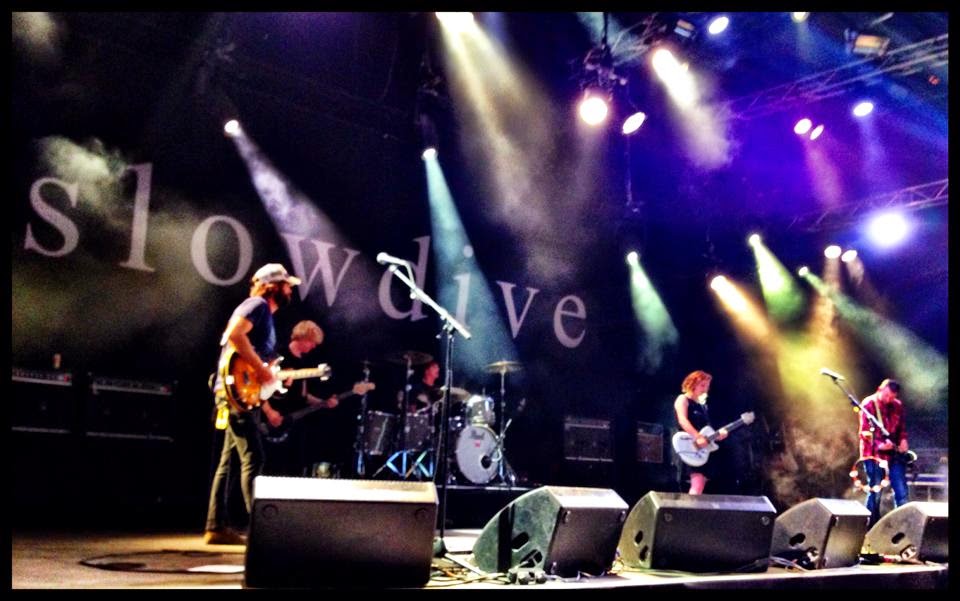