Taylor Swift has removed herself completely from her self-titled 2006 debut country album, and turned into a true pop diva. Her brand new single "Shake It Off" is a pop/R&B hybrid, with more in common with Pharrell's "Happy" than anything remotely country-ish. It's a great feelgood song with an enjoyable dance video showing people dancing and having a good time, and the first song to be released from her upcoming fifth studio album, 1989, named after the year of Swift's birth. The release date is October 27. 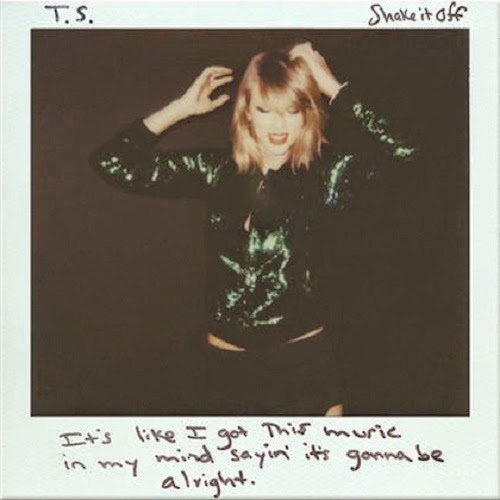