"Is it getting better?" asks Bono in the opening line of U2's 1991 single "One", and I feel like countering: Is it getting better than this song? I don't think U2 before or since has recorded such a beautiful song, resonating with its universal "message" of peace and love and unity. And if you think that's old school or old-fashioned you're stupid. U2, and Bono in particular, is often ridiculed, but for what? Actually wanting to change the world to the better when they're in a position to do so? "One" is the kind of timeless song that we need, along the lines of John Lennon's "Imagine" or Pete Seeger's "If I Had A Hammer". I'm not saying all pop music should be like this, but I thank U2 for the effort. 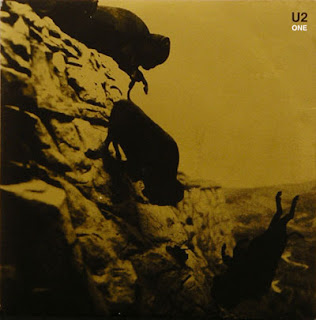