Nina Simone - My Baby Just Cares For Me

What a treat we have for you here! This is essentially known as the great Nina Simone's signature songs and also happens to be one of my all time favourite jazz tunes. "My Baby Just Cares For Me" was initially written by Walter Donaldson and Gus Kahn for the 1930 film version of the 1928 musical Whoopee! and Nina Simone recorded it for her 1958 debut album Little Girl Blue. It was rereleased as a single in 1987 when the geniuses at Aardman Animations made this wonderful claymation music video and thus became a big hit across Europe. 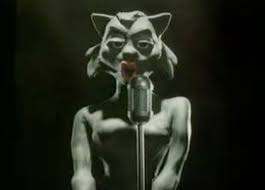