Elton John's lyricist Bernie Taupin turns 61 today, and we celebrate his birthday with this amazing song. "This Train Don't Stop Here Anymore" is the closing track on the Songs From The West Coast album from 2001, the first time they worked together after several years apart, and also the best album Elton had released since his 70's heyday. The pair have successfully continued their collaboration on two more albums in addition to last year's collaborative effort with Elton's old hero Leon Russell. The funny thing is that the lyric is a sort of Elton coming clean on the fact that he's "put one over" on his fans, not giving them the music they've deserved for a long time. In the music video we see Justin Timberlake dressed up as a 70's Elton miming the words to the song. It's a big, beautiful ballad, excellent evidence of Elton and Bernie having found their way back to their muse. 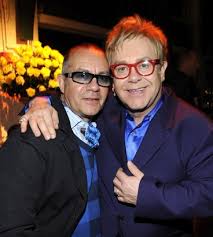