"Lone Star State Of Mind" is the title track off Nanci Griffith's fifth album, her major label debut, released in 1987. The song's lyrics correspond well with my own fascination for the state of Texas, and the melody is irresistable. It was written by Pat Alger, Fred Koller and Gene Levine, and released at a time when it seemed Nanci Griffith could do nothing wrong. Her 80's output is pretty much flawless, apart from the disappointing Storms album of 1989. This one is from her real heyday though. 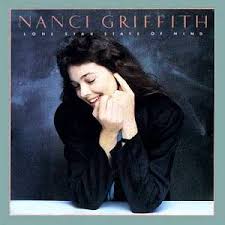