HIT ALERT! The Pierces - You'll Be Mine

Wow! This is such a great song! Sisters Catherine and Allison Pierce is on their fourth album as The Pierces called You & I, and should be up for a major breakthrough if their label Polydor (through Universal) works this song properly. "You'll Be Mine" is a fantastic track, not unlike several songs on Fleetwood Mac's Rumours album. It's a kind of hippie folk-pop anthem that should capture the attention of younger listeners who have embraced Lissie recently, and for those of us a bit older, it would remind us of both Lissie and Fleetwood Mac, and also The Mamas & The Papas, Simon & Garfunkel and more. You get the drift. 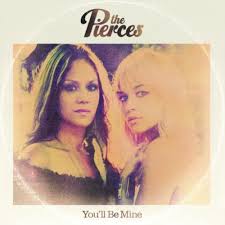