I had almost forgotten exactly how good this song is. "Sledgehammer", lead single from Peter Gabriel's fifth solo album So (1986) is influenced by 60's soul music like what they did at the Stax label in Memphis, but modernized and developed further into a shimmering, bold and innovative song. An equally innovative music video were made to accompany the song, and it became an instant MTV favourite as well as being played everywhere else that music videos were played. Still, the song stands firmly on its own feet, and it's no wonder it's Gabriel's biggest hit to date. 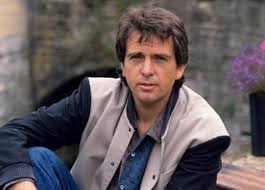