Bob Dylan - The Death Of Emmett Till

One of Bob Dylan's finest songs, never released on an official album, but much bootlegged. A version appeared on last year's The Bootleg Series Vol. 9 - The Witmark Demos 1962-1964. This is the socially conscious Dylan at his best, describing the terrible lynching and murder of the 14 year old black boy Emmett Till in 1955 whose "crime" was having spoken to or maybe flirted with a white woman. The accompanying video tells the story in full, so listen to the song seperately at first, then go through it again to read the boards appearing on the screen. A fantastic version of "The Death Of Emmett Till" was recorded by Coulson Dean McGuinness Flint on the album Lo & Behold in 1972, consisting entirely of (at the time) unreleased Bob Dylan songs. 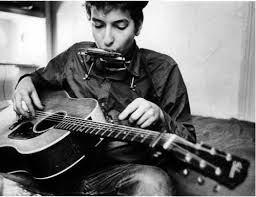