In 1994 Sinéad O'Connor had burned a few bridges, amongst other things she famously tore up a picture of the Pope on American TV show Saturday Night Live. There were reactions, to say the least. Nevertheless, she continued doing and saying whatever she wanted, and continued to be a frank and strong protest singer. "Famine" is an accusatory song about the English occupying forces creating the famine of 1847 by exporting all food except potatoes to England and thus letting about one million Irish people starve to death and causing yet another million to emigrate. It's called "Black 47" and not without reason. O'Connor's song is incredible, she lists statistics to a smooth melody aided by a trip hop beat and airy background vocals. 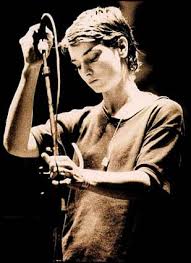