Gilbert O'Sullivan's "Alone Again (Naturally)" must be the saddest hit single in all history of pop music. This 1972 single spent six weeks at number one on the Billboard Top 100 chart, and went to number three in the UK. O'Sullivan is Irish, still hanging around and making records from time to time, despite the lyric of "Alone Again" where the narrator's promises doom, for himself that is. I'll let you read the start of the lyrics, then it gets worse. Still, it's a really beautiful song.

"In a little while from now/If I'm not feeling any less sour/I promised myself to treat myself/And visit a nearby tower/And climbing to the top/Will throw myself off/In an effort to make it clear to who/Ever what it's like when you're shattered/Left standing in the lurch, at a church..." It goes on... 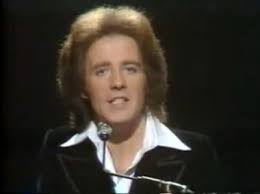