In an interview posted on Billboard.com Pink Floyd drummer Nick Mason talks about the band's gigantic reissue campaign that starts in September. All 14 studio albums are released in remastered editions and Dark Side Of The Moon will be released in three versions - the original album, a two-disc "Experience" edition and a six-disc "Immersion" edition. In November Wish You Were Here will get similar expanded editions, and a new compilation will be released simultaneously. Finally, in February, The Wall gets expanded editions. In the interview Mason suggests that there may be more expanded editions in the future, but there's nothing definite yet. Read the full interview here. 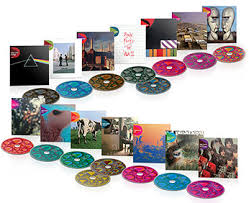