Men At Work - Down Under

Happy birthday to Colin Hay, lead singer of Australian band Men At Work, best known for this single, the worldwide smash hit "Down Under". Hay is 58 years old today, and established a solo career with moderate success and some critical acclaim following the break-up of the band in 1985. "Down Under" was recorded in 1981, and got a worldwide release the following year, then topped the charts simultaneously in the UK and the US in early 1983. The song may sound a bit silly, and it's become something of a patriotic anthem in Australia, but I like it still as I did when it was number one. It's simply good pop music. 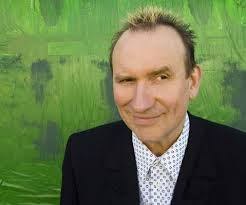