The 1984 single "People Are People" was Depeche Mode's first hit in the US, their tenth (out of a possible ten) in their native UK and at the same time their biggest hit to date as it reached number 4. And why shouldn't it? "People Are People" is industrial-sounding to say the least, but also extremely melodic and catchy. If the previous two singles, "Everything Counts" and "Love In Itself" and the album Construction Time Again built up to something, you can hear it in all its glory here and elsewhere on Some Great Reward from which "People Are People" was the first single. I love this song dearly! 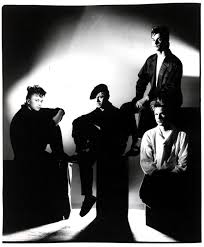