This excellent song is from a double A side single released with "Somebody" on the flip side, by Depeche Mode, both songs taken from their fourth album, Some Great Reward (1984). Because of its lyrics, "Blasphemous Rumours" was banned in the USA. The song is about a young girl who tries to kill herself by slashing her wrists, but survives, and a few years later is hit by a car and then dies - after having renewed her faith in God. So singer Dave Gahan concludes: "I don't want to start any blasphemous rumours, but I think that God's got a sick sense of humour, and when I die, I expect to find him laughing." Good point! 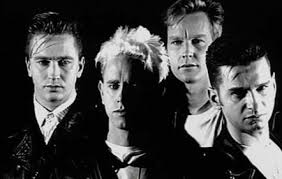