I find it really hard to properly describe this wonderful song, other than saying it's very melodic. It's a folk-poppy thing, but still something I haven't heard elsewhere. And even though it doesn't sound revolutionary in any way, it's just... well, different. "Roscoe" is the lead single from American band Midlake's superb second album, The Trials Of Van Occupanther (2006), and a mesmerizing, enchanting song, helped further along by a very nice video clip. What's not to like about this? 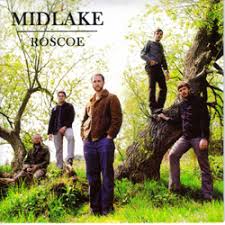