Actors turning musicians (or vice versa) is rarely a good idea, but Academy Award winner Jeff Bridges' forthcoming debut album sounds incredibly promising. Produced by the great T-Bone Burnett and released on the legendary Blue Note label, it will be released in late summer, according to billboard.com. In 2009 Bridges played the lead role in the film "Crazy Heart" as a down on his luck country singer/songwriter and perfermed a few songs - brilliantly. So good in fact, that the Oscar Academy finally relented and gave him his well deserved award. Bridges has an excellent voice and in the right hands as he obviously is with T-Bone as a mentor, this is really something to look forward to. 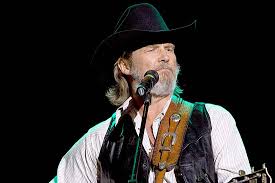