Hank Williams co-wrote (with Fred Rose) and recorded the song "I'll Never Get Out Of This World Alive" in 1952, and boy, was he right! He died on January 1st 1953, and the song became his first country number one single posthumously.

Steve Earle on the other hand is still with us and is about to release both a new album and his first novelboth named I'll Never Get Out Of This World Alive. The album will not feature the Williams song, but 11 original songs, the first of which you can download for free now, called "Waitin' On The Sky". It's released on April 29th, and the novel will be published May 12th. You can download the first chapter for free along with the new song. 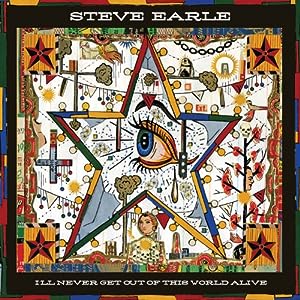 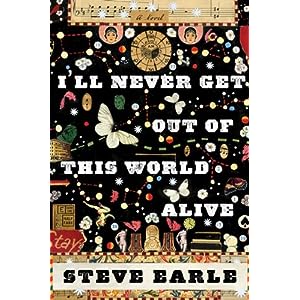