The Irish artist Gavin Friday used to be in the exciting avantgarde/post-punk band Virgin Prunes - ages ago - and has since released a few solo albums with some truly excellent songs on them. He's also written film music, most famously with childhood pal Bono on the soundtrack to In The Name Of The Father, where their song "You Made Me The Thief Of Your Heart" sung by Sinéad O'Connor is especially memorable. Friday's last solo album Shag Tobacco were released in 1995, and now he's finally returning with a new one, Catholic. You can listen to the beautiful song "Able" by clicking here. 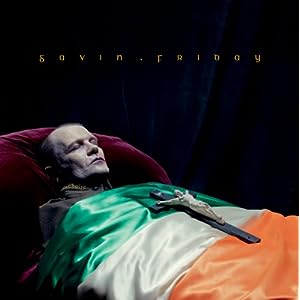