Originally intended as a country album, Van Morrison's fifth album, 1971's Tupelo Honey, still retains its earthy flavour and rural sound, but it's a lot more varied and nuanced than that. It spawned two hit singles, the soul-pop of "Wild Night" and the hymn-like, seven minute long title track, that remains one of his most astoundingly pretty songs amid a catalogue brimful of beauty and serenity. It's a truly soulful song, that shares its melody with two of his other songs, "Crazy Love" off Moondance (1970) and "Why Must I Always Explain?" off Hymns To The Silence (1991), He's performed all three as a medley in concerts which makes a lot of sense, but for now, here's "Tupelo Honey". Enjoy! 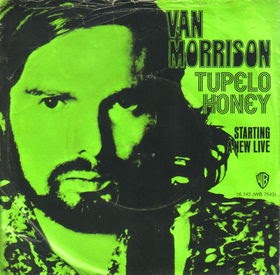