Legendary soul singer Percy Sledge died today, 73 years old, from liver cancer in his own home in Baton Rouge. Sledge is best known for his 1966 hit single "When A Man Loves A Woman", which was in fact the first number one US hit recorded in the famed Muscle Shoals studio in Alabama where Wilson Pickett, Aretha Franklin, Lynyrd Skynyrd, Rolling Stones, Clarence Carter and countless others also recorded. The vocal delivery of "When A Man Loves A Woman" has turned the song into a timeless love song, one of the best ever written (by Calvin Lewis and Andrew Wright) and recorded if you ask me, so here's to Percy. He served well. 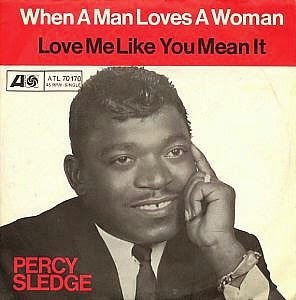