Elbow - Friend Of Ours

Elbow's fourth album The Seldom Seen Kid was released in 2007 and although the Manchester outfit had made quite a name for themselves already, this was their real breakthrough, earning them a coveted Mercury Prize, and both critical and commercial success. It's a stunning album full of atmosphere and an understanding for interesting musical textures, Guy Garvey's amazing lyrics, and of course some truly great songs. The album closer "Friend Of Ours" may be my favourite of them all, and here it is during a special live performance with the BBC Concert Orchestra from the Abbey Road Studios done in January 2009. 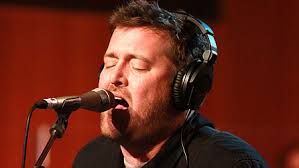