Yesterday I watched the final episodes of the new TV series Bosch based upon Michael Connelly's Los Angeles crime novels. Anyone who has ever read a Connelly book featuring Harry Bosch knows the protagonist is a jazz connoisseur, and among his favourites are Art Pepper. The legendary saxophonist released the album Art Pepper Today in 1978, and from this we play the track "Patricia" that featured in the very last episode of Bosch. It's played in a scene in which Bosch and his estranged daughter Maddie clumsily tries to connect, and Bosch tells her that Pepper actually wrote the song to his own daugther Patricia that he saw all too rarely. A fitting track for a nice scene, and one very beautiful, ten minute long instrumental. Timeless. 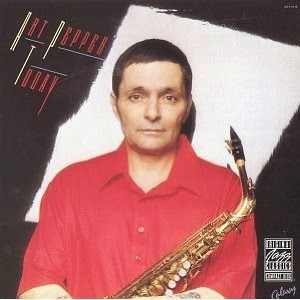