OK, so it's Fabulous Friday once more, and I guess it's about time we play this one. Billy Idol's "Rebel Yell" - not to be confused by the Confederate soldiers yell during the American Civil War - is one of the coolest, toughest and, let's face it, silliest, rock songs to ever be recorded. Released in 1983, it's the title track off the former Generation X singer's second solo album, and it's been a party staple ever since. I can still recall how I was totally awed by it, almost 32 years ago, and it's still got a hold on me. When you're done with Billy, there's a bunch of other Fabulous Friday songs here. 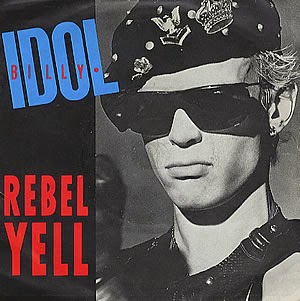