Toad The Wet Sprocket - All I Want

There are very few musicians I've swapped lightbulb jokes with, but singer Glen Phillips of Toad The Wet Sprocket is one of them. Come to think of it, he's probably the only one. Anyway, during an interview before an early morning showcase, I guess we were both pretty tired, and the level of seriousness was way low. We had a good time though, and shortly afterwards Phillips and the other band members ran through a short, but very good set, highlighted by their best song ever, "All I Want". The song is lifted off their 1991 album Fear. 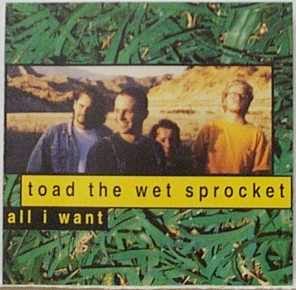