Sam Smith - Not In That Way

Mark the date: May 26. That's when Sam Smith's album In The Lonely Hour will be released, and I'll be surprised if that's not one of 2014's best debuts. The 21 year old British singer enjoyed an amazing 2013 as guest vocalist on the year's best song, Naughty Boy's "La La La", and he also of course lent his voice to Disclosure on their wonderful single "Latch". He's currently entered the UK singles chart at number one with his new single "Money On My Mind", and last week, prior to the Brit Awards, he released the beautiful "Not In That Way" on YouTube, an acoustic take on a song off the forthcoming album. In an interview in the latest edition of Q Magazine Smith talks about never having been in a serious relationship, so he opts to write about his experiences in that manner. The theme of "Not In That Way" should resonate with people all over the world, not daring to say you love someone from fear of being rejected. Sam Smith is THE pop star of 2014, and to judge by his output so far, including the ballad "Lay Me Down" that also appers on the album, it is well-deserved. 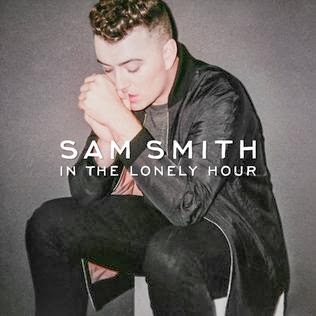