Some days ago I was a bit bored and decided to compile a playlist in which I start by picking one song, then following that with a song whose title starts with the last word of the title from the previous song, i.e. Deafheaven's "Dream House" followed by The Animals' "The House Of The Rising Sun".

That one led to "Sun Is Shining" which is then followed by "Shining Star" which is followed by... you get the picture. Below is a link leading to the playlist in WiMP, and I've also included a link for Spotify users. If there's one word that characterizes this playlist, it's this: Diversity. 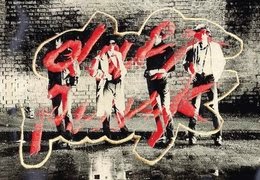