The last few days Tom Waits has sent out email messages containing some cryptic messages and pictures and the announcement "Coming August 7", dumbfounding fans and causing speculations about whether he's announcing a tour or even releasing a new record all of a sudden. Neither is the correct answer. Instead he's unleashing a new music video on the world, set to the song "Hell Broke Luce" from his 2011 album Bad As Me. Even though that in itself is a bit disappointing it has to be said it's a hell of a video - excuse the pun - directed by Matt Mahurin. See for yourself. 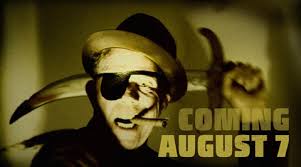