Kirsty MacColl's first four albums will be re-released by the British reissue label Salvo this autumn, including her first album, 1981's Desperate Character that has never been released on CD prior to this. The other three albums are Kite (1989), Electric Landlady (1991) and Titanic Days (1993). All three of these are expanded two-disc editions, whereas the debut album fits on a single disc. Her final album, 2000's Tropical Brainstorm, released nine months before her death, is not part of the reissue program. Also exempt are her Stiff singles, such as "They Don't Know" (famously covered by Tracey Ullman), "Terry" and her version of Billy Bragg's "A New England". These all appeared on the 2005 compilation The Best Of Kirsty MacColl. This is now out of print, but a new compilation will be released in February 2013. If the Stiff singles will appear on this, I have no idea. 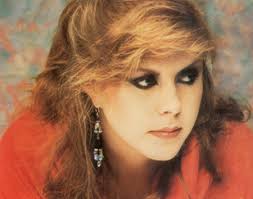 Also released on CD for the first time is the 2010 concert tribute featuring friends and admirers like Ellie Goulding, Alison Moyet, Billy Bragg and Andrea Corr. Release dates for all the albums are still to be confirmed, but October seems a like month.