Happy birthday to Argentine film music composer Gustavo Santaolalla who is 61 years old today! He's nailed the art of making intensely atmospheric film scores, and his very best is for Alejandro González Iñarritu's wonderful film Babel. The score earned Santaolalla an Academy Award for Best Original Score in 2006, for the second year in a row as he got one for Brokeback Mountain as well. The 11 and a half minutes of music you'll hear by following the link below consists of some of the most beautiful music I can imagine, in three distinct parts, called "Bibo No Aozara", "Endless Flight" and finally "Babel". Hope you like it. 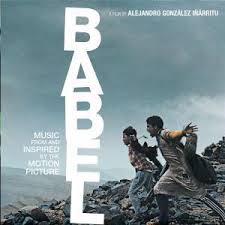