The Clash - This Is Radio Clash

The 1981 non-album single "This Is Radio Clash" would have fit perfectly onto their triple LP Sandinista! released the previous year, heavily influenced by what was going on in New York City at the time and the music of Grandmaster Flash & The Furious Five, as well as dub reggae, the band's own punk roots and their still anarchic attitude to the making of music. A funky song that really nails what The Clash was on about at the time. 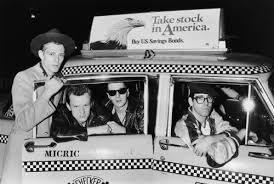