Rumer, or Sarah Joyce as her parents will know her, is one of the best voices to come along in a years. With more than a few similarities to superstar Adele, I think Rumer is the best of the two - by far. Her inspirations, The Carpenters, Dusty Springfield, Carole King, Burt Bacharach, etc, has resulted in some truly wonderful songs, among them "Aretha", a tribute to the music and the voice of a certain "Queen of Soul". This is culled from her debut album Seasons Of My Soul (2010) and she will be releasing her new album in May titled Boys Don't Cry, a collection of covers by male artists, mostly songs from the 1970's, including Todd Rundgren's "Be Nice To Me", Townes Van Zandt's "Flyin' Shoes" and Jimmy Webb's "P.F. Sloan". I'm pretty sure that will be a fantastic record. 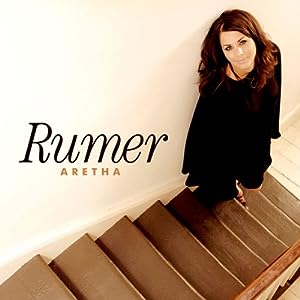