The Band - The Night They Drove Old Dixie Down

In tribute to the late great Levon Helm, drummer in The Band, here's the version from their "farewell" concert The Last Waltz, as filmed by Martin Scorsese in 1976. The song first appeared on The Band's eponymous second album from 1969, and tells the story of the last days of the American Civil Wars when the south both literally and figuratively were torn to pieces. Levon sings his heart out in what just might be Robbie Robertson's very best composition. A stone cold classic. R.I.P. Levon. 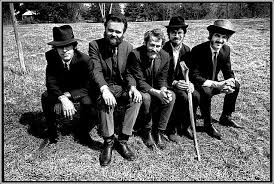