Joe Strummer enjoyed a tumultous career after The Clash was over, but apparently he was full of focus and vigour towards the end of his days when he'd assembled his band The Mescaleros. They released three albums, one of them posthumuosly after Strummer's unfortunate death in 2002, and "Mondo Bongo" off the second album Global A Go-Go (2001) is among his very finest songs ever, The Clash included. It's a mellow and laidback, acoustic tune, that actually featured beautifully in the Brangelina movie Mr. And Mrs. Smith. Fantastic song that I never tire of hearing. 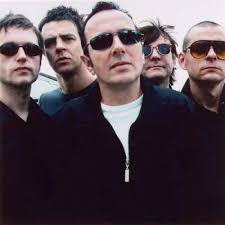