Gotye feat. Kimbra - Somebody That I Used To Know

I've noticed the name Gotye for some time now, but not until today did I hear the Belgian-Australian multi-instrumentalist and singer/songwriter's music. As they say, better late than never, because his single "Somebody That I Used To Know" is a fantastic pop song. Incredibly catchy, featuring New Zealand singer Kimbra for some added vocal pleasure. The song is from Gotye's 2011 album Making Mirrors, which I am currently checking out. Gotye's voice has been likened to both Peter Gabriel and Sting, and if I'd have to go with one of them, I'd opt for the former, but I think he's got a voice all his own. And his real name? Wally De Backer. 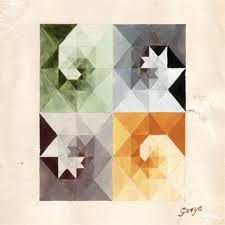