Joe Strummer & The Mescaleros - Get Down Moses

Last night I saw Julien Temple's Joe Strummer documentary The Future Is Unwritten and was reminded how good his song "Get Down Moses" is. It's one af the key tracks from his last album Streetcore, the third album with his backing band The Mescaleros, released posthumously in 2003 (Strummer died on December 22nd, 2002). It's heavily influenced by the negro spiritual called "Go Down Moses", but with the Strummer twist. Fabulous stuff! 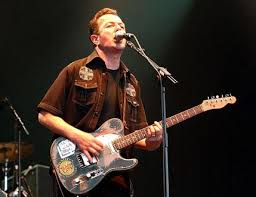