The Temptations singer Dennis Edwards' 1984 single "Don't Look Any Further" should have been a smash hit, but can at best be called a minor hit. It has been recognized for the great song it is from time to time though, as it has been sampled by many and also covered a few times, most famously by M People in 1993, and by British soul band Kane Gang in 1987. Theirs is the best version, but does it eclipse the original? Not necessarily, but it's a great version, very true to Dennis Edwards' own. See which one you like the best. It should also be mentioned that Edwards' female companion is Siedah Garrett, who famously dueted with Michael Jackson on his 1987 hit "I Just Can't Stop Loving You". 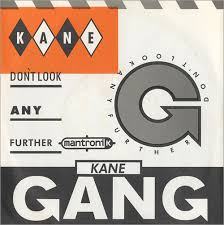