Mike Scott and his latest incarnation of The Waterboys have recorded their new album Modern Blues in Nashville. Set for a January 19, 2015 release, the album is reportedly "an electric, soulful, bold, freewheeling rock'n'roll record with a skinful of killer new songs", which sounds fine to me. The first new song to be released is opening track "Destinies Entwined", a song that's instantly catchy, in the Waterboys canon most easily described as a song that would have fit pretty well into the 1993 album Dream Harder. There's an apparant immediacy to "Destinies Entwined" that I really like, and it's also got a big and rich sound. The album will include an additional eight songs, and I guess we have great things in store. 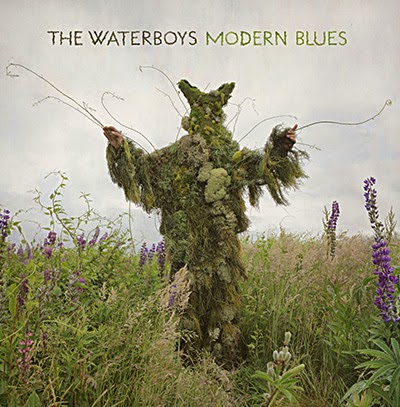