Floridian brothers David Milton and Homer Howard Bellamy, more commonly knows as The Bellamy Brothers, have several hits to look back on, but one stands a cut above the rest. The disco-flavoured, very much of its time, 1976 number one hit "Let Your Love Flow", still sounds fantastic. It was written by Larry E. Williams, a former roadie for Neil Diamond who was offered it first. Diamond declined, and next in line were David Milton and Homer Howard who turned the song into a worldwide hit that still resonates in homes where old gits like me reside. Actually, almost 40 years on, I still like it. "Let Your Love Flow" is just a great tune, that's all. 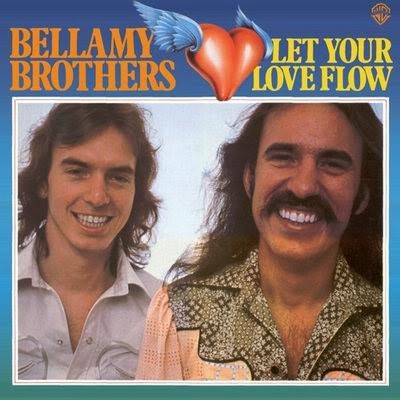