Aretha Franklin - Rolling In The Deep/Ain't No Mountain High Enough

Aretha Franklin Sings The Great Diva Classics is the title of her first new album in three years that will be released on October 20. The term classic is slightly misleading as the first single off the album is a rousing version of Adele's 2010 recording "Rolling In The Deep" that incorporates a bit of the Marvin Gaye/Tammi Terrell classic "Ain't No Mountain High Enough" for good measure. "Rolling..." is a bit new to be labelled classic, but then again it always sounded like a classic Aretha Franklin song in the first place. No matter, it's an absolutely amazing version, and the 72 year old soul singer still deserves her moniker "The Queen Of Soul". Below is a performance from The Late Show With David Letterman from last night, and it's awesome. Other songs on the forthcoming album are "Midnight Train To Georgia", "I Will Survive" and "Nothing Compares 2 U". Looking forward to it. 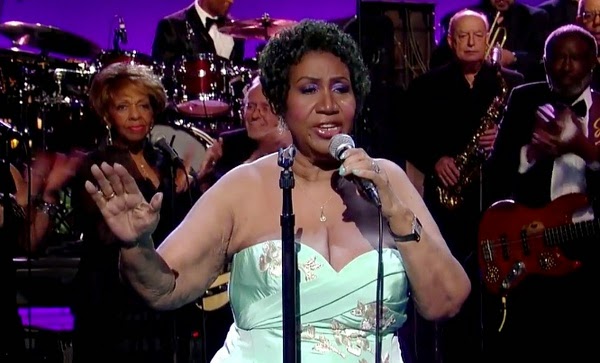