November 10 sees the release of The Endless River, the first Pink Floyd album with new material since 1994's The Division Bell. However, the music has its origins in recordings from the 1993 sessions featuring the now diseased keyboardist Richard Wright, and so Nick Mason and David Gilmour, the two remaining members of the band, have built upon these to make the new album. In more than one way it's a tribute to Wright who died in 2008. The album is instrumental, with the exception of one song, and as no music has been leaked yet, I thought it proper to post the beautiful instrumental opening track from The Division Bell, "Cluster One". If anything on The Endless River sounds as good as this, it's definitely worth buying. 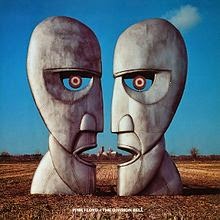