Oslo-based Norwegian/Australian rock duo Quarter Wolf released their debut album An Orgy Of Shocking Violence earlier this year, a hard-hitting record made up of influences ranging from The Stooges and MC5 to Jon Spencer Blues Explosion, The White Stripes and beyond. Their energetic rock'n'roll works wonders live, and with their brand new music video set to the album's title track, they have taken it one step further. It's (almost) a literal translation of the album and song title, where director Alex Holm have made an homage to David Fincher's 1999 film based on Chuck Palahniuk's novel. The "actors" fight it out in a very well-made video, and singer/guitarist Marius Kromvoll truly "takes one for the team". An adrenaline-fueled start to the week this! 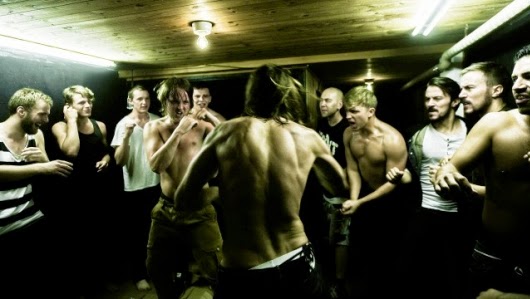