A surefire hit if I've ever heard one, Olly Murs' first single from his upcoming fourth album is a slice of disco heaven. The former The X Factor contestant has enlisted American rapper Travie McCoy for a hip hop break towards the end of the song that lifts it those extra few steps, but the song in itself - co-written by Murs and professional songwriters Claude Kelly and Steve Robson - ticks all the boxes of a perfect hit; an immediately catchy chorus, a killer disco riff that runs through the entire song, perfectly fitted strings, and a feelgood atmosphere that never lets go. Beautiful hitmaking! 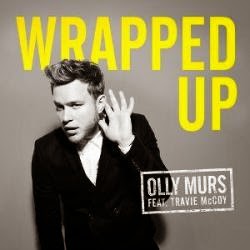