The Velvet Underground - Venus In Furs

"Venus In Furs" from The Velvet Underground's 1967 debut album is hallucinatory and trancelike drone-rock at its most insistent, five minutes plus of Lou Reed and his cohorts sawing away. Reed plays with he calls an Ostrich guitar, where all the strings are tuned to the same note. The song was inspired by the book of the same name by Leopold von Sacher-Masoch, including themes of sadomasochism, submission and bondage. It's a strange piece of music, eerie and unpleasant to listen to, but still very, very good. 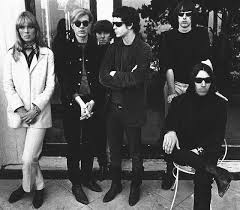