"Hun er forelska i lærer'n" (She's in love with the teacher) was a massive hit in Norway in 1980 and has become a weird kind of national treasure. The band, hailing from Melhus south of Trondheim, was led by one Dag Ingebrigtsen, and will you look at that hair! It's hard to know if that was part of the charm, but The Kids shot to instant superstardom in Norway with this single. It was followed by the album Norske jenter, and the deal was done - these guys became huge. They didn't stick together for very long, but play this song at any party with at least one Norwegian present and there is no turning back. 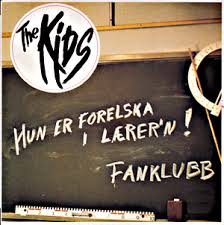