Linda Ronstadt and Emmylou Harris, two of America's very best female singers, recorded an amazing album together called Western Wall: The Tucson Sessions that was released in 1999. Among its many fine songs, the very best is a version of David Olney's "1917", the story of a young man on leave from the trenches of World War I that meets with a prostitute and is taken away from the horrors of the war for one night. The way Harris' and Ronstadt's voices blend is more beautiful than most other harmonies I've ever heard. This is simply hard to believe. 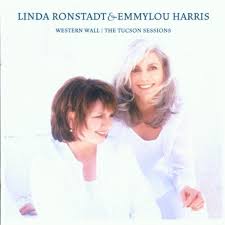